The narrator of One Distant Day (먼 후일) seems to imagine a scene in the distant future. He (let's assume it's a he) deeply misses the person of his longing - so much so he fantasizes how he might react if she came along and asked how he was doing, delighting in such thoughts much as a child fantasizes about his heroes.

The verse is a case of saying the opposite of what he craves in his heart, which shows up occasionally in Kim's poems. The narrator is incorrigibly fixated on this person, notwithstanding the fact that there is little hope of seeing her ever again, and yet he pictures himself flatly saying "I have forgotten you". The exact mechanism may be one of the fascinating mysteries of human mind, but saying the very opposite of the truth is often more effective than saying the truth plainly, making irony one of the most effective tools in creative writing and rhetoric.

Kim So-wol was fond of using this rhetorical device. He plays a game of sorts in his imagined future scene, unrelenting in the beginning but then gradually giving in as the verses progress, and finally confessing the truth that he indeed has not forgotten her but time will have finally taken its toll on one distant day in the future. But I have a feeling that the real truth is that he still won't have forgotten her even on that distant day. 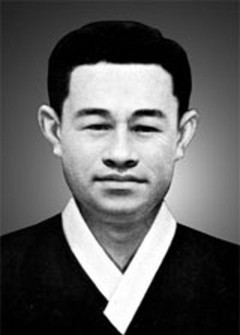