An early folk-pop hit by Yang Hee-eun, this song is one of those that defined the singer, still fondly remembered by many who lived the seventies. It was supposedly a work of a student who seemed to shun publicity, according to Yang Hee-eun's own recount.

The song relates the emotional anguish a person undergoes as he or she break up with someone. While not particularly ambitious on the surface, it nevertheless depicts the sadness in a neat, relatable three-verse arrangement anchored by a refrain that sums it up, which I find tasteful and moving in its own subdued way. It has since been covered by many other artists.

The song was also one of the standard numbers that every novice guitar learners tried to pick up, as it has a simple, easy-to-learn arpeggio style. In those days, acoustic guitar (known as 통기타 in Korean) was a prominent cultural icon, and every teenager seemed to want to learn it as if it was some sort of rite of passage. It was a simple yet beautiful song from a simpler time.

Folk singer with a resonant contralto voice who has been a major figure in Korean folk music since the 1970s. 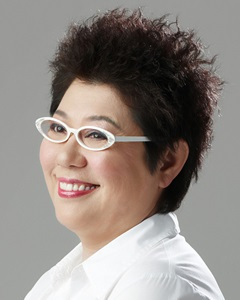